There are multiple categories of online games but for those who want to show off their fighting skills, Battle Royale is the best one. PUBG, Free Fire, Fortnite and many more games have rolled the internet and the recent addition in this category is Apex Legends. The core difference between other Surviving games and Apex Legends is that here you can’t play solo. You have to make a team of three players to make a battle with other players. Apex Legends comes with eight unique characters and if you are confused to choose from Apex Legends Characters then we are here to help you.

Indeed your selection of players in Apex Legends plays a vital role to get the victory but it is not a pretty easy task. You must have the proper knowledge of the ability of each character so for your ease, we have collected the information about every character.

Let’s check out the features of Apex Legends Characters and decide which one would be best for you.

Each character in this ultimate Battle Royale title comes with three abilities: Tactical, Passive and ultimate. Banglore’s tactical ability is Smoke launcher and the passive one is the double timer. It contains Rolling thunder as its ultimate ability. Banglore is one of the best offensive character in the game and with its Smoker launcher quality you can hide from your rival with the thick layer of smoke. With the double run, she can run faster than the usual speed and when this ability integrates with the smoke launcher it can do wonders for your team. With double thunder, you can attack your enemy, especially in open areas.

Bloodhound comes with the eyes of the allfather as its tactical abilities. Tracker and beast of the hunt are its passive and ultimate abilities respectively. Indeed it is a bit tricky to utilize its efficiencies but if you recognized its efficiencies and use them appropriately then no one can stop you to be the winner. Bloodhound enables you to track down your enemies and defeat them. Beast of the hunt is the ultimate superpower of this brawny character and you can notice through the Bangalore’s smoke launcher. It is a pretty good idea to choose Bloodhound for your team to make your battles more effective.

Nox Gas trap, Nox Vision, and Nox Gas grenade are the tactical, passive and ultimate abilities of Caustic respectively. Indeed caustic is locked but you can unlock him with microtransactions. One of the most unique characters in the latest Battle royale title which can create traps and ambushes for his teammates. He can affect a large area with his poisonous gas and also throw the Nox Gas grenades to make massive destruction.

Gibraltar is another character to choose in Apex legends to make a brawny team of true warriors.  If you are a newbie then I will highly recommend you to select this character as it is quite easy to understand and utilize. Dome of protection is the tactical ability of Gibraltar which allows you to create a protective shield for your team. Gun defense is his passive ability and defensive bombardment is the ultimate one. His defensive abilities is really a headache for your rivals and it can easily scatter them.

Now jump to another Apex legends character which will keep your team alive throughout the match. Lifeline is a female character and categorized in the support class to heal you. DOC heal drone is the tactical efficiency of this healing personality. Combat Medic is the passive ability and care package is the ultimate ability. But make sure you should remain close to her to take benefit of her healing powers. Lifeline is highly recommended to choose to create your squad if you want to stay alive in the game.

Let’s observe the skills of the next character in the ultimate fighting game named Mirage. Mirage is the second one which is locked and you can unlock it with Apex coins and Legends tokens. He is the most tactful character among all and all her abilities are about decoys. He is the best choice for frontline attacks as he sends his mirror image to confuse your rivals so that you can make a counterattack quickly. His tactical ability is psyche out, passive is Encore and vanishing act is his ultimate ability.

One of the most loved Apex Legends characters is Pathfinder which comes with valuable map knowledge. With his ultimate map awareness, you can easily find out the best location on the map. The grappling hook is his tactical ability which helps you to reach the higher areas on the map. The passive ability of Pathfinder is insider knowledge which is less useful throughout the game but his Zipline gun overcome it. If you want to reach the best place in Apex legends before anyone else then choose him and follow him.

For those who are expert in Apex legends Wraith is a great choice as it is not useful for beginners. Wraith is also one of the most popular characters in the Apex legends which comes with the valuable battlefield knowledge as her passive abilities. She can easily escape and create ambushes and this skill is classified as her tactical ability. Dimensional Rift is her ultimate ability with which she makes a portal that remains for a minute. As I mentioned earlier that if you are a newbie then don’t go for it first. Try other characters and when you think you have a proper understanding of their skills then try her.

These are the eight fighters in the amazing fighting game and I think after reading this post you will easily get the best character for your team. If you are still struggling which one is the best for you then let me know below in the comment section.

We will try to vanish your illusion. For more interesting tech happenings stay in touch and keep reading till then goodbye and happy gaming. 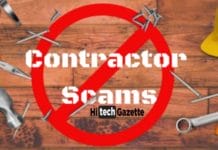 LosMovies Review: Should You Use It In 2021?