Hi Tech Gazette
Home Games Lords Mobile Game: Everything You Want to know About it…

The fantastic feature of this game is that we can select the powers, equipment, and skills of the player as per our own choice. This fantastic game was released in February 2016. And till now it has a large number of user’s base who love to play it day and night. However, there is no hard and fast rule to be followed to make a strategy to win the lords mobile game and build an empire.

Your empire should be better and bigger than others to win the game. All you need to do is to make proper use of resources and the tools available. You need to make your players ready to fight and make them resistant to survive any circumstances.

You can simply download it from Google play store for android mobile phones or from iTunes for iOS. Through iTunes, you can download it on your iPad as well.

In Lords mobile game, the biggest challenge for you to win the game is to build your own empire and you play against a few players. You need to conquer the bunch of those players and to protect your empire from them.

There is the simplest strategy for it is to the biggest empire the better will be chances to win. Lord mobile game is split into different levels or stages. It is not a kid’s game to play. You need to defend your partner players and play against troops. You can follow the map of the battleground to play, conquer and defend your players.

Lords mobile games may not have advanced features like any other latest available. But the game is still the most played and has a huge user base. My favorite mode to play in the lords game is hero mode. I love spending hours while playing it.

This recruitment is based upon your discretion and selection only. You can even finalize the criteria for recruitment.

If you are the newbie and want to try your hands for the first time with lords war game, then you are in the right place. Here we will provide you with a detailed guide on it: –

Yes, these are the basic strategies you need to frame and follow to win the battleground of lords mobile game.

You might be wondering that monster hunt is necessary for Lords mobile game or not. Let me explain to you, as you know there is a version of game f2p that means free to play. In that version to make the player’s profile strong, the monster hunt is of utmost importance.
Defeating and destroying the army of the enemy is not the only task to do to win the lords war game. You need to destroy the castle of the enemy as well. After that, you need to hunt for the monster to get some free gift from him. And it is the only way to make f2p profile strong for your guild.

The heroes in the lords mobile game are split into two categories.

If you are new to this game, then you may not know that when you first start the game, you have only 120 as stamina points. But you need it higher to entre into the lords mobile hero stage.

This stage is divided into two modes ie normal and elite mode. Each of these has 8 chapters in it. And further, each of the chapters has 18 levels in it. However, the elite mode of hero stage is a little bit different from others. That is because each elite chapter has only 6 levels. As in you can only play every third stage in the elite mode of hero lords mobile hero stage. You need to have 3 crowns at each stage to move forward to the next one.

Like other modes of the game, darknest has 5 grades which are being called as the nest. In this mode, if you want to loot and win it, you need to have a higher essence.
Lords mobile leader guide

If your leader is captured then you will lose boost or stamina. And the leader can help you with equipment by using it you can win the game. You can use the shelter to protect your own leader from the opponent. However, the leader can use his shield too. You may send your leader to Garrison with a member of your same guild.

You must need to have a maximum number of troops and you need to strategize them to win the game. Make sure you don’t send them in large numbers at one time, it may only result in a higher number of wounded troops. And you may need a larger shelter space to take care of them.

Let’s conclude this with an honest review. I personally like the simple and user-friendly UI of the game. It doesn’t need any particular skill to make a strategy to conquer the battlefield in this game. However, there are tools and many features that are paid. You can buy those tools and features using in-app purchases.

If you don’t want to make any in-app purchases than you need to collect more points to get those tools. I have concluded the detailed lords mobile game guide. You can comment here if you think I have missed anything. 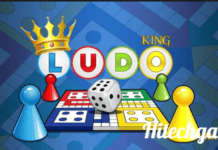 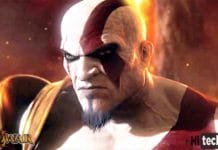 How to lock apps on Android? App lock on android tips

5 Docker Container Management Trends To Watch Out For In 2020

Top12 Face Swapping Applications For Android and IOS in 2020

Easy Steps To Download Dawn of Titans For PC

All You Need to Know about Nintendo Switch Video Game Console