Shadow fight 3 is an action game which is made for the iOS and Android users, Shadow fight 3 contains intense sword fight and magical abilities. But in order to become an advanced player then you have to play it and make strategies. The Shadow fight 3 is an addictive game which will make you fight as it contains great graphics and also as you start winning the rounds the game becomes more and more interesting on its own, so here are some tips and tricks to be a better player of Shadow Fight 3.

In Shadow fight 3 it is very important to get familiarize with weapons and using skills and also master the moves. You may see various function keys on the screen with their moves. If you learn basic moves at the initial levels you can get fluent with it and can use it more effectively in the later phases or rounds of Shadow Fight 3.

If you want to defeat your opponents in Shadow fight 3 you must be able to improve your combination skills and also learn to operate multiple combinations at a time, for example, you can use jump and kick in the same move. This will increase your options of attack and you can be a skilled shadow fighter. In Shadow fight 3 you must improve your skills as the difficulty level increases in each round and you cannot survive with the same skills in each round.

In Shadow fight 3 you must be able to make a right move at a right time if you are the bit late game is over for you and as the level of the game increases the tougher enemies you face so you must take care of timing your moves in front of your opponents.

4. Save your Shadow Energy

In order to protect yourself from the attack of the enemy first make yourself stand still in a position if your opponent is more skilled than he will notice your combination of moves and that will make your move less effective and chances of defeat increase. So try to use different attacks like high medium and low and if you stand still it will also help you increase your shadow energy and you can win Shadow fight battle against your opponent. Your defence will also play a very vital role in Shadow Fight 3. Remember the skill of your opponent is also going to develop as you will enter different rounds.

6. Keep on Improving your Game and Upgrade Weapons

As you keep on playing and winning you will unlock many powers and you can upgrade yourself for example in Shadow fight 3 you can get an armour which will prevent you from attacks this will make sure that you get enough abilities to meet up with increasing difficulties. Upgrading skills will also help you in defeating your opponents with ease.

7. Don’t give your Opponent Chance to Bounce Back 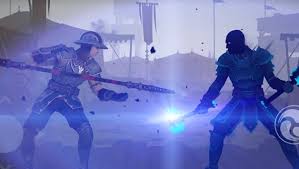 In Shadow fight 3 try to improve your skills at maximum level and try to make yourself a better shadow fighter and after upgrading all your skills you may be able to achieve it quite early.

8. Be Full of Surprises

If you are a game lover then you should also try these best free android games. These games are really amazing, once check it out.

Shadow fight 3 is really a game with good graphics and it requires good reflex skills and you must be able to operate your moves and control it and as you will play it the more you get addicted to it. This game really has smooth controls and very easy to understand for the one who is playing it for the first time. The main fights are always won by some special skills and you unlock many different skills as you keep on playing and progress to the next rounds so these are some tips and tricks to play Shadow fight 3.