The endless levels of the game have its not charm of a play. They are so addictive, fun and engaging that you concentrate on grading up the level where there is no last level of the game. Hill Climb race is one such game. The graphics are simple, yet great. The Game has a variety of scenarios and the variety of vehicles to choose from.

Now you can enjoy this game on the big screen because this game is now available for pc and desktop. For download hill climb racing for pc click here.

You might still be remembering the look of the earlier game. The game looked simple with 2-D animations. However, the game has improved its edges on the graphics. Now the game looks like 3-D animated. The animals, farms and the houses in the game create the mesmerizing 3-D effect. 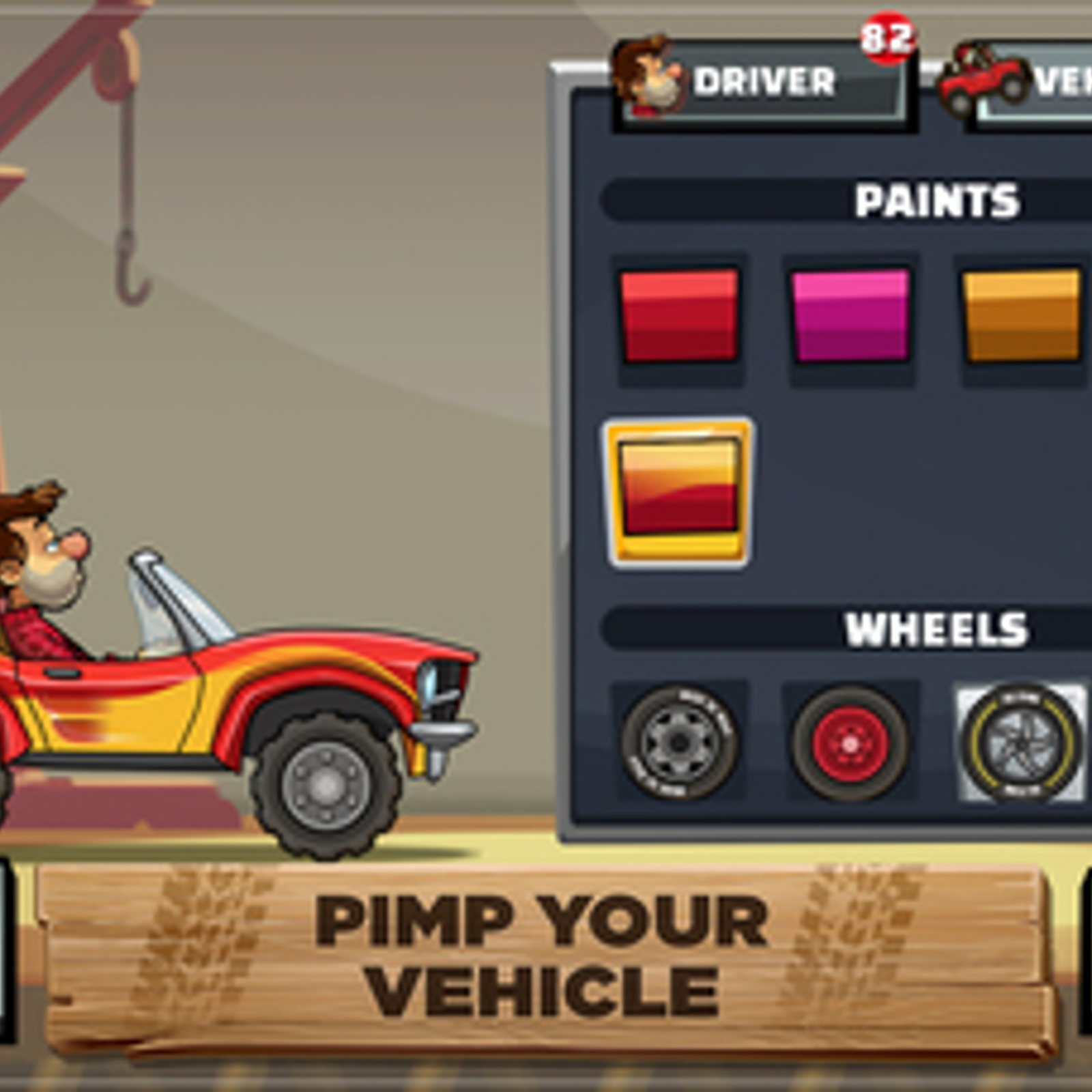 As mentioned, the game is simple. The modes of the game are only simple and adventurous. You can upgrade the gameplay mode, by earning and spending the more coins over upgrading the game. You can upgrade your vehicle and enjoy the race ahead. Hill Climb Racing is the Most Addictive

Mohamed Ismail reviewed the game on play store, says, “One of the most addictive game, it makes you come back for more. However would like to suggest if the deceleration/paddle may contribute in saving of petrol consumption in order to get extra mileage – it helps in the overall game. It’s nice to know how much gold coins invested in the game. In addition, would like to see the advance map shown so one can predict the next cause of action.”

“Its a very addictive game ever. It has too many levels that are very challenging. It is suitable for all ages. There are very good and powerful vehicles. In this, we need coins to go to the next level. It’s not real money to play. In one stage there are so many levels. We get fake coins by winning and by that coins we unlock all the levels. It’s a fun game. We upgrade your vehicles by the winning coins. This game is an awesome game. At the last I would say that it is the best game ever 😋😋”, says Parminder Kaur on play store.

The update does not Excite Anymore

“Had this game for a long time now and it has been good fun, until the last update. Now it keeps crashing at random, can’t get more than 3,500m into a stage before the app crashes. Really annoying. Also noticed recently that some of the ‘daily’ challenges are impossible with courses/tracks leading to dead ends!?”, reviewed Andy G on the google play store.

Customer Support is not Respondent

“Game is great however, Customer support is non-existent. I am quite disappointed. I just moved this app to a new phone and once signed in thru the cloud, zero of my upgrades were there. I spent money on this app and where did it all go? I am very upset and I either want the upgrades I’ve done or my money back. I am sure just like in the past, customer service will overlook this customer.”, says Skygod 47 on the play store.

If you are unable to complete the levels of the game then try its hack version of the game. Let’s check out some hidden features of hill climb racing and enjoy all difficulty levels.

The hill climb racing game is highly addictive and simple, endless game. Very good and compatible game to play on Android phones. The game will keep updating its features, modes and appearance. If you are one of those, who don’t want to miss any of the updates, stay reading us.