Hey guys, here is good news for you, another big name is going to add in the list of top and best streaming services called Disney Plus. It is going to be great latest movies and tv shows streaming services. The Disney streaming emerging as a big competitor in front of Netflix, Amazon Prime and other popular movie streaming services. The Disney plus will avail you the 100% original content without any legal issue. There are so many apps got banned due to showing copyrighted or duplicate content like Showbox, movie box. You can watch all the latest movies and tv series by paying fix cost.

In August of 2017, Disney CEO Bob Iger revealed about the Disney first in his third-quarter report and now we can see a lot of updates about the upcoming Disney streaming service. Here we are going to share a lot about the Disney plus that we know so far like The Disney plus release, costs, movies and shows and other information.

The Disney plus is a service that will avail you all the Disney’s and Fox’s content plus the latest tv shows and movies for a paid subscription. You will have to pay to the service to watch your favourite tv shows, news and movies.

When Disney streaming service will release: Date and timing

Disney Plus is going to launch by the end of this month. the US release date of Disney streaming is 12th November 2019. The release date of the display plus is decided by the company very smartly. The services will be marketed on the launch of big-budget movies like Frozen 2 that is going to release on Nov. 22 and Star Wars: Episode IX onDec. 20. Disney Plus is going to be a big competitor of Netflix. In the last few months, it got a lot of the biggest viewership. The streaming service will be expanded to all over to glob in the next two years.

Disney streaming service price: How much it will cost?

If we talk about the price or cost of Disney Plus it will be quite affordable in comparison to Netflix. The Disney said it will charge $7 per month or $70 per year as an initial subscription. The Netflix cost is $13 per month for the most popular plan in the US, You can run the plan on two different devices in HD quality with this plan. The $7 is the initial price for the Disney streaming, The company will avail the discount offer if you subscribe to two or three of its streaming options.

How to stream on Disney plus

The Disney streaming services will support multiple devices like tv, phone, laptop and other media devices. Apart from the basic devices, you can connect the service using the Amazon firestick and chromecast, However, there is no official confirmation comes about the exact supporting devices but we can expect these devices to support the Disney streaming.

The Disney also stated that it will provide the 4K and HDR content, it can charge extra to provide the high quality of video streaming. It is also unknown how many devices you can run on a single subscription.

What TV show and movies you can stream on Disney Plus

As the Service is launching by Disney, so it is obvious it will include its brands content like Marvel, Pixar, Star Wars and National Geographic. You can watch all 30 seasons of Simpsons. You can also watch the great release of 2019 from Disney movies that included Captain Marvel, Frozen 2.

You can start streaming the Disney plus from November 2019. You will find all the latest major launches in movies and tv shows. You will be able to reach all the original and exclusive shows and movies. On Disney Plus you can watch documentaries, reality shows, competition series, behind-the-scenes features, nature and adventure titles, animated programming.

How the launch of Disney Plus will affect Netflix?

AS Disney is going to launch its own streaming service, so it will affect Netflix a lot in the coming years. As we all know there so many blockbusters movies launched by the Disney in 2016, 2017 and 2018 which are showcased on Netflix first before going through any other streaming service. And in 2019 there are many big budget movies going to release that Netflix going to missed out.

Disney Plus will add all the major launches of Disney on its own streaming platform that will affect the viewership of Netflix. Like this, Disney streaming going to be a strong competitor of Netflix.

I hope the above-listed information about Disney plus will help you a lot to know what is Disney plus and how it will work. If you want to know more about the upcoming tv shows and movies on Disney plus stay connected with us. 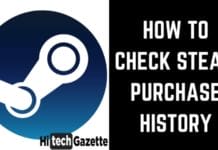 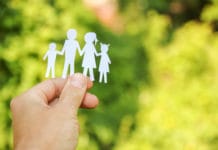 Factors Influencing the Premium of Your Online Term Policy